Home » About Our Firm

Home » About Our Firm

Attorney T. Douglas Clifford began his career as an attorney in Norwalk, Ohio as an Assistant Huron County Public Defender from October 2001 to May of 2007. During that time he handled a variety of criminal and custody cases, including the representation of 10 of the 11 Gravelle Children (“Kids in Cages”) in 2005.

Beginning in February of 2012 until today Mr. Clifford has operated the Law Offices of T. Douglas Clifford, LLC with the idea that those accused of criminal activity deserve to have effective representation to protect there rights, employment and their families.

Mr. Clifford spends thousands of dollars and dozens of hours a year attending seminars on Criminal and DUI Defense each year to provide the best and most up to date defenses available. 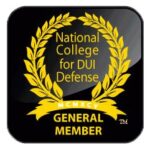 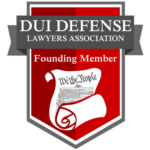 Send Us a Message

Attorney Clifford is very knowledgeable in Criminal and OVI defense, I would HIGHLY recommend hiring him.